What Is Deep Brain Stimulation?

More than 160,000 patients from across the globe have already benefited from a surgical procedure known as deep brain stimulation. The procedure can help identify and correct neurological issues that cause movement disorders. If you have Parkinson’s or suffer from epilepsy, deep brain stimulation can relieve the tremors that negatively impact your ability to perform everyday tasks.

Let’s review what we know about deep brain stimulation. What is it? Can it help you get your life back?

What is Deep Brain Stimulation?

Deep brain stimulation, or DBS, is a surgical procedure that physicians use to implant tiny electrodes into the grooves and folds of the brain. These electrodes are powered by a small computerized generator that is inserted under the skin of the upper chest.

The technology behind this revolutionary treatment consists of:

Think of your brain as an expansive communication network. It communicates by sending electrical signals through a system of neurons. These tiny cells communicate through chemical and electrical signals that we have yet to fully understand. When you experience the symptoms of a neurological movement condition such as Parkinson’s Disease, it’s because some of the neurons in your brain have slowed down or stopped working. In these moments, the brain essentially misfires and fails to send the signals that control your body’s movements. Deep brain stimulation employs an artificial electrical current to recreate these signals, which helps simulate normal muscle behavior and can even be used to control the compulsions of obsessive-compulsive disorder, as well as the symptoms of other illnesses.

What Patients Can Benefit from Deep Brain Stimulation? 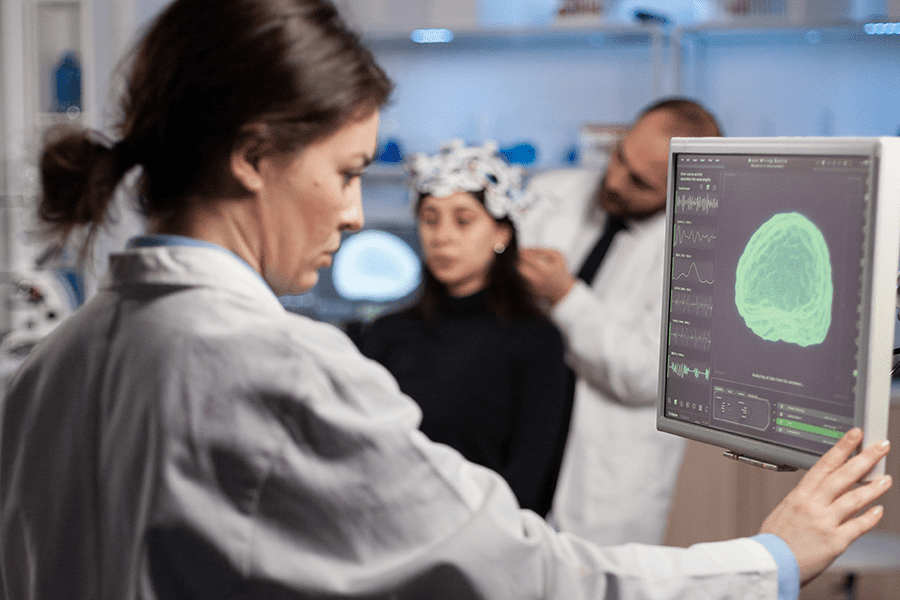 While we may not completely understand these conditions or what causes them, we know that their symptoms result from the misfiring of electrical signals inside the brain. By disrupting these signals, deep brain stimulation can alleviate the neurological symptoms of many of these illnesses.

How Effective Is DBS?

Deep brain stimulation is highly effective at treating some movement disorders. One study followed up with patients ten years after their treatment and found that 72.5% of cases showed a reduction in tremors. Of these patients, 92% were satisfied with the treatment and said they would recommend it to others. The study concluded, “While DBS does not halt disease progression…it provides durable, symptomatic relief.” A website on Parkinson’s Disease suggests deep brain stimulation “has replaced other hallmark procedures when it comes to treating PD symptoms.”

Several ongoing clinical trials indicate that deep brain stimulation may be helpful as a treatment for other illnesses. In 2020, there were 384 research projects across 28 different health disorders, with 40% of these studies focusing on movement disorders. Scientists are considering using DBS for everything from post-traumatic stress to schizophrenia. Here are several current areas of DBS research:

Could these conditions someday be cured by employing electrical signals to rewire the brain? While that remains to be seen, we know that DBS is a highly effective and low-risk treatment that can help many patients take control of the neurological conditions that plague them. Like any surgery, deep brain stimulation is not without its risks.

What Are the Pros and Cons of Deep Brain Stimulation?

The benefits of DBS include:

The risks of undergoing deep brain stimulation surgery include:

Before doctors perform deep brain stimulation treatment, patients undergo multiple imaging scans and lab tests to ensure the safety and effectiveness of the procedure. During this process, your doctor will work with you and your loved ones to determine if DBS is likely to improve your symptoms.

Am I a Candidate for Deep Brain Stimulation Surgery? 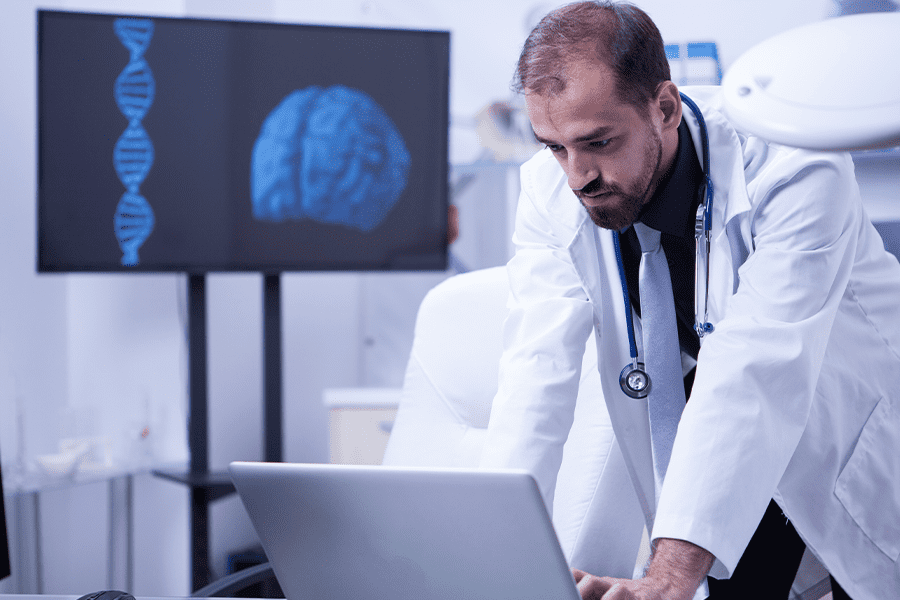 Approximately 12,000 DBS procedures occur in the United States each year. If you’ve been diagnosed with a tremor disorder or a mental health condition that can be treated with DBS, the first step to getting treatment is to reach out to a neurosurgical team for a consultation. During the consultation, doctors will carefully evaluate your condition and speak with you about your options if they believe you are a good candidate for the treatment.

Orlando Neurosurgery is standing by to help you overcome your neurological illnesses and injuries. Get to know our team to find out more about the revolutionary procedures that can help you heal.